Cookin’ have just wound up an AMAZING tour of Japan. We hit up Tokyo Jazz festival where we played the first show as a trio on the main Plaza stage. Japanese audiences were fantastic, totally vibing with Japan Times describing these shows as a “smoking mix of soul/jazz and funk… biggest hit with the weekend Plaza crowds”. For our second Tokyo Jazz Fest show we hooked up with the incredible vocal stylings of Tokyo based singer Maya Hatch who was great to play and hang with – check her out here, she’s RAD. Maya also joined us for our show at The Room which is a super hip and super friendly club in Shibuya the following night. Burners are planning to collab with her in the future so keep an ear/eye out! 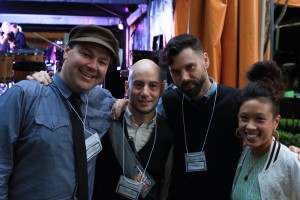 After Tokyo, Burners headed north to the Iwate Prefecture to do three school based participatory performance workshops in communities devastated by the 2011 Tsunami. Although these areas have experienced such loss, their resilience and positivity was incredibly inspiring. So, to the students and staff of Kamaishi Higashi Junior High, Akasaki/Taknoura Primary and Akasaki Junior High schools, thank you so much – you are super duper amazing! 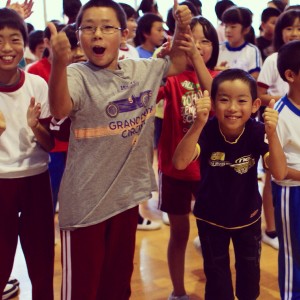 Following these workshops we headed back to Tokyo to meet up with Shin from our label over there P-Vine/Holiday Revolution and I also got to visit iconic vintage synth store Five-G before getting back onto the festival tip. We headed back up north to Sendai and performed at Jyozenji Street Jazz Festival which at one point looked like it was either going to be rained out or that we were going to get electrocuted from the DIY power cabling! However, the sun came out, the stage dried up and the crowds gathered and got down to the Burners sound, it was fantastic. Sendai was a great town (some call it the Osaka of the north) and after a great night out we then headed to Morioka to prepare for our final show – opening for Mike Stern and Randy Brecker at the Iwate Jazz Festival. This was an auditorium show to around 1,800 people and playing before some super heavyweight cats who were totally lovely! Good hangs, good tunes and the gig looked a little something like this… 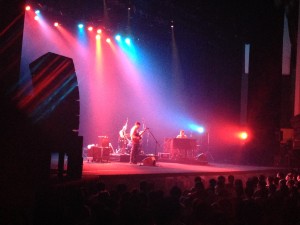 So that’s the Cookin on 3 Burners Japan round up. Can’t wait to go back there! Big up to NHK for organising the festival shows, the Australian Embassy in Japan for co-ordinating the workshops and the Australia Council for the Arts for coming through with the grant for flights and freight!